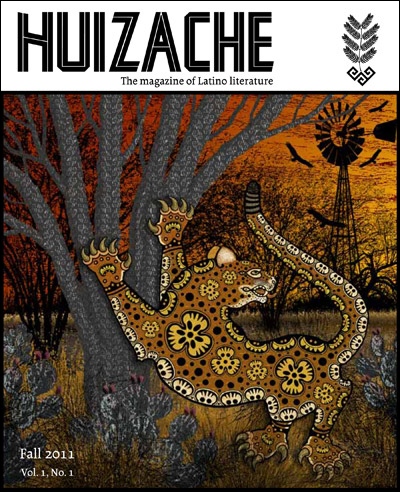 Latino writers have found a home at Huizache magazine.

Huizache is a literary magazine produced by CentroVictoria, the Center for Mexican American Literature and Culture at the University of Houston-Victoria. Dagoberto Gilb serves as the center’s executive director, and Diana López is the magazine’s editor. The center also produces the Made in Texas teacher’s guide, which features lesson plans in Mexican American literature.

Huizache editors said they hope to produce it annually, according to this Victoria Advocate article. You can order the magazine for $10 here.

Here are some other literary magazines devoted to Latino literature:

• The Acentos Review comes out online four times a year. Its upcoming issue is devoted to Hispanic elders.

• Palabra, which bills itself as “a magazine of Chicano & Latino literary art,” is a yearly print magazine that intends “to present an eclectic and adventurous array of thought and construct, alma y corazón, and a few carcajadas woven in for good measure.”

• The online Somos en escrito features a novel in progress, poetry and other works by Hispanics.

3 responses to “Literary magazines for Latinos”