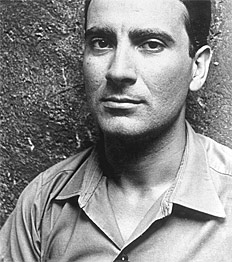 The Argentine author was born on this day in 1932 and died in Mexico in 1990. His 1976 novel, Kiss of the Spider Woman, may be one of the most famous pieces of Latino literature of the last 50 years.

The book – about a gay man and a revolutionary who are trapped in prison together – was not well read when it was first released. But it won some major awards, and Puig adapted it into a stage play. Spider Woman was made into a 1985 movie starring Sonia Braga, Raul Julia and William Hurt, who won an Academy Award for his role. It was also made into a Broadway musical that won numerous Tony Awards in 1993, including Best Musical and Best Performance by a Leading Actress in a Musical for Chita Rivera.

His other books include 1968’s Betrayed by Rita Hayworth and 1973’s The Buenos Aires Affair.

Here’s a collection of New York Times articles about Puig.