A Different Point of “View” 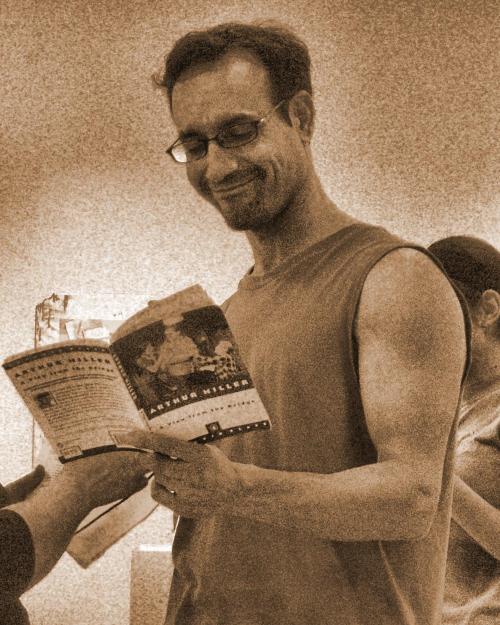 Arthur Miller has been Hispanicized.

Artes de la Rosa, a performing arts organization in Fort Worth, Texas that promotes Latino culture, has reworked Miller’s A View from the Bridge by making the characters Puerto Rican and Dominican. They were Italian in the original 1955 play.

A View from the Bridge is part of its five-year American Classics Initiative, artistic director Adam Adolfo said. The theater has already produced Cat On a Hot Tin Roof by Tennessee Williams and will tackle Eugene O’Neill later.

“The goal is to not only show the universality of the work but to explore their stories, when given Latin themes with which to experiment,” Adolfo said. “Additionally, it will provide Latino actors the opportunity to see themselves in iconic roles most usually cast with non-ethnic actors.”

Adolfo changed little in the play’s dialogue, which centers on Eddie Carbone, who helped raise – and has an intense attraction to – his niece, Catherine. But Catherine has fallen in love with a man who has arrived from the Dominican Republic illegally.

“This story explores the trials of immigration in a corrupt society and how a family becomes tangled in a web of misplaced honor and possessive desire,” Adolfo said. “These themes are central to the Hispanic culture and lend themselves to Miller’s vision.”

Adolfo hopes more Hispanics will get interested in going to the theater.

“Education and opportunity are the big driving forces behind getting more Hispanics in the audience,” he said. “There is an idea that theater is for the rich, elite, educated, or well-to-do. The truth is the theater in Elizabethan England was for the common man. In the fifth century, Grecians of every class participated and enjoyed the theatre. Theater is for everyone and we are making great strides at Arts de la Rosa at the Rose Marine Theater to make that distinction clear. Part of getting Latinos into the audience is pure programming. You have to let them see themselves on stage.”

For more information: If you’re in the Dallas-Fort Worth area, you can still catch A View From the Bridge until Sept. 11. The plan will run Fridays, Saturdays and Sundays at the Rose Marine Theater, 1440 North Main Street, in Fort Worth. Tickets cost $12-18 and can be purchased here.

The website Theater Jones also has a terrific article about the play.

One response to “A Different Point of “View””